As the US Media first reported, he was rushed to the hospital last Wednesday morning after suffering the stroke while at his Sherman Oaks, CA home. According to the emergency dispatch audio, paramedics received a call for a stroke at the residence. When EMTs arrived, he was responsive and talking but soon his condition deteriorated.His reps said doctors had sedated Luke, hoping to give his brain a fighting chance to recover from the trauma of the stroke, but apparently, the damage was too extensive. Perry had recently been shooting scenes for Riverdale at the Warner Bros film lot. The family has not provided additional details at this time. 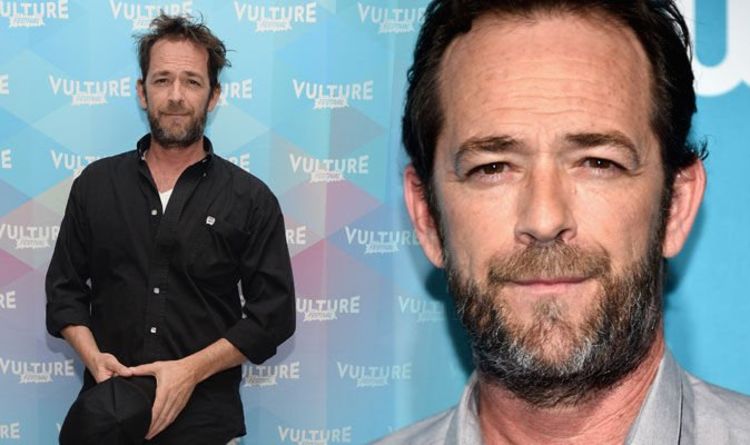 Born Coy Luther Perry III in Mansfield, Ohio, and raised in the small community of Fredericktown, Perry moved to Los Angeles to pursue acting soon after graduating from high school. There he worked a series of odd jobs as he tried to break into the business. His TV career began when he was 16. The Big Apple beckoned in 1988 after he scored an appearance as Ned Bates on the soap opera “Loving,” which required him to move to New York City. In 2013 during an appearance on the radio show “Sway in the Morning,” Perry said it took him 256 auditions before he scored his first gig. “I just kept thinking, ‘You know, I just walked out of a room full of fools,'” Perry said of how he maintained the confidence to keep going. “Those people have no idea.” He later became a household name on ‘90210.’ After that, his career exploded till most recently he’s had a starring role as Archie’s dad on CW’s hit show, “Riverdale.”

Riverdale has stopped production following news of Perry’s death, US media reported. In a statement, Riverdale’s executive producers, WBTV and the CW network, said Perry was “a beloved member of the Riverdale, Warner Bros and CW family”. “Luke was everything you would hope he would be: an incredibly caring, consummate professional with a giant heart, and a true friend to all. “A father figure and mentor to the show’s young cast, Luke was incredibly generous, and he infused the set with love and kindness. Our thoughts are with Luke’s family during this most difficult time.”