NASA announced Wednesday that SpaceX’s no-load rocket test has been pushed back to March 2 in Cape Canaveral, Florida. NASA has made SpaceX and Boeing responsible for transporting astronauts starting this year. NASA’s Commercial Crew Program confirmed this week a delay to its planned test flight of SpaceX’s Crew Dragon module. The unmanned Demo-1 test flight, will see the astronaut-adapted cargo module fire off into space.

NASA, in partnership with SpaceX and Boeing, aims to drop its dependency on Russian Soyuz rockets for sending astronauts to the International Space Station (ISS). The US space agency is now targeting March 2 for the launch of SpaceX’s Crew Dragon and “no earlier than April” for Boeing’s unmanned flight test. It was originally set for early January and the date of March 2 is not set in stone. Any technical glitch still could postpone the test.

At Boeing, the no-load test will not take place until April, with a manned mission starting in August. Founded by Elon Musk, SpaceX makes most of its money from multibillion dollar contracts with NASA and satellite launches. SpaceX in November won authorization from US officials to put nearly 12,000 satellites into orbit in order to boost cheap, wireless internet access by the 2020s. 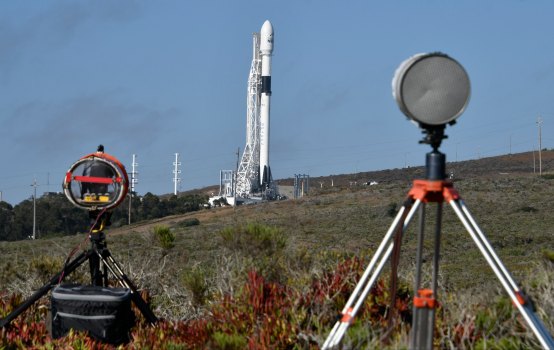 NASA then hopes to have its first astronauts enter orbit around Earth by the end of July this year. NASA said in a statement: “These adjustments allow for completion of necessary hardware testing, data verification, remaining NASA and provider reviews, as well as training of flight controllers and mission managers.The uncrewed test flights will be the first time commercially-built and operated American spacecraft designed for humans will dock the space station. “The first flights are dress rehearsals for missions with astronauts aboard the vehicles.