Today’s Google Doodle celebrates the legacy of Australian wildlife conservationist and celebrity Steve Irwin. His love of the animal kingdom, coupled with the sharing of his life work at the Australia Zoo. Steve Irwin’s love for wildlife was passed down to him by his parents, Bob and Lyn Irwin, gifted him an eleven-foot python for his sixth birthday, who he lovingly christened Fred. He would often arrive late to school after convincing his mother to pull over so he could rescue a lizard off the road. The family moved to the Australian state of Queensland, where the Irwins opened a reptile park, known as the Beerwah Reptile Park.

By the time he was nine-years-old, Steve was helping catch small problem crocodiles, hanging around boat ramps, by jumping on them in the water and wrestling them back into the dinghy. He always had an uncanny sixth sense when it came to wildlife and spent his life honing that skill. By 1980, the wildlife park was re-named the ‘Queensland Reptile and Fauna Park’. This was Steve’s home and the place he loved the most. Here he worked countless hours with his best mate, Wes Mannion, caring for the wildlife and maintaining the grounds.

Steve took over managing the park on October 4 1991. Two days later, he met Terri Raines, a visiting tourist. On June 4 1992, they were married in Eugene, Oregon. Instead of a honeymoon, the couple embarked on filming a wildlife documentary while relocating a problem crocodile in Far North Queensland. The show was so successful that it turned into a series and The Crocodile Hunter was born. The TV series became an internationally broadcast wildlife documentary hit, which Steve hosted with wife Terri.

Thanks to the show, Irwin’s enthusiasm for saving endangered (and dangerous) animals quickly became as popular as his one-word catchphrase “Crikey!” It was also a family effort while Steve and Terri hosted the show together, their children Bindi and Robert became fixtures on the show as well. Steve and Terri worked tirelessly to improve and expand the wildlife park. Re-naming it ‘Australia Zoo’ in 1998, their vision for the world’s best zoo was coming to fruition. Steve’s message of “Conservation through exciting education” is achieved everyday within the zoo. 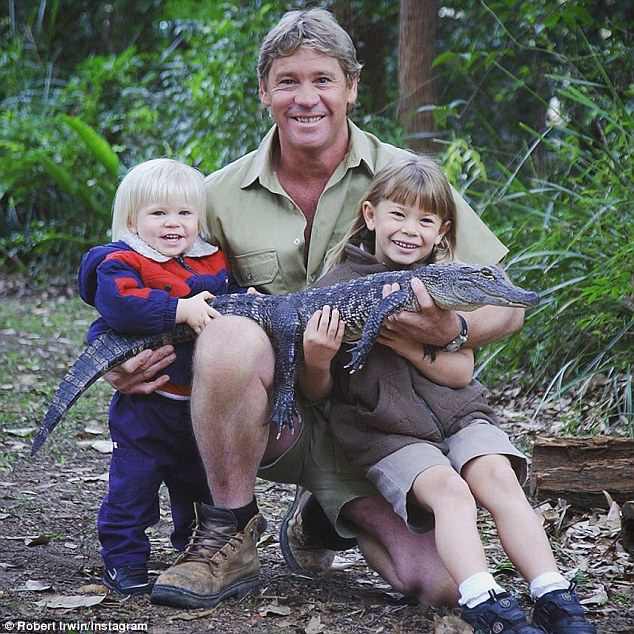 In July 2006, Steve and Terri set out a ten-year business plan for their beloved zoo. Tragically two months later, Steve Irwin’s life was cut short when he was impaled through the chest by a stingray in 2006 near the Great Barrier Reef. But his legacy remains immense. His passionate family continue to strive to achieve all of the goals Steve hoped to attain. He would have been 57 years old today, and a Google Doodle not only honours him, but also the work he dedicated his life to.

His Wildlife Warriors charity bought up hundreds of square miles around the world for wildlife conservation. The charity, which is still operating today, is also involved in conservation efforts for animals like Sumatran tigers, koalas, Cambodian elephants, and more. The Australia Zoo even manages a 500-plus-square-mile reserve in the north of Queensland, named after Irwin.